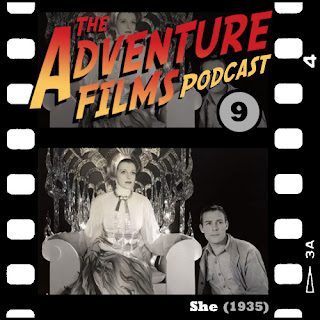 Notes & Errata: The Hammer version of She was 1965. She was indeed the first film to use the newly designed Hammond organ in its musical score (from an interview with composer John Morgan). Rider Haggard's King Solomon's Mines was published in 1885, two years before She. The dance director for She was Benjamin Zemach. In the book Kallikrates is married to Amenartas. A sabre-toothed tiger appeared in Ray Harryhausen's Sinbad and the Eye of the Tiger (1977). Kay Nielsen was Danish.